We are 8 days away from the kick off of the 2018 Winter Olympic Games in PyeongChang South Korea! The buzz around here is high and we’re keeping our eyes on a few familiar faces to watch. Help us cheer on these local ladies!

Kelly Clark (Halfpipe-Snowboarding): Arguably the pioneer of her sport Kelly Clark has been at the top of the podium in every snowboarding event at one point or another. Heading into her 5th Olympics, Kelly is a well seasoned pro in this event. Her Olympic medal tally stands at one gold (2002) and two bronze (2010, 2014) in addition to her impressive Winter X-Games medals. Ms. Clark is even the recipient of an ESPY. Kelly grew up in Dover and began her snowboarding career at Mount Snow Academy. Her family still owns and runs TC’s Restaurant in Dover, be sure to swing by for a drink or bite to eat and check out some of her memorabilia! Off the slopes Kelly heads up The Kelly Clark Foundation which strives to provide opportunities for younger generations to fulfill their snowboarding dreams. Kelly will drop in Tuesday Feb 12th for qualification and Wednesday Feb 13th for the final. 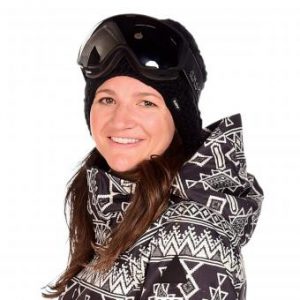 *Photo courtesy of US Ski and Snowboard

Devin Logan (Halfpipe-Freeskiing and Slopestyle-Freesking): The reigning silver medalist from the Slopestyle event in Sochi is poised to take on Slopestyle and Halfpipe in PyeongChang. Devin Logan also got her start at Mount Snow Academy. Coming up to Mount Snow on weekends from Long Island, following her siblings around to ski competitions, she was destined to join in on the action. Following a season ending injury in 2012, Devin took a year off to rehab and even became a certified judge to further her knowledge of the sport from that perspective. Her hard work on and off snow clearly paid off as she walked off with the silver medal in the inaugural ski slopestyle event. You can catch Devin on Saturday Feb 17th in Slopestyle and Tuesday Feb 20th for the Halfpipe.

A full schedule of all the events going down in PyeongChang can be found here. Tune in to the blog next week where we have a little fun and share what event we’d go for the gold in!